History isn’t just a tale of days long since passed. No, the mosaic of stories that is America’s beginning is the foundation of our great nation’s future—and nowhere does this hold more true than in the city of Bayonne, NJ. In this thriving modern community, the past is still very much alive, painting the future with colorful potential.

Take a step back through time and explore the history of Bayonne.

Before There Was Bayonne…

Before there was Bayonne, there was the undisturbed wilderness of a land unrecognizable, home to the native Lenni Lenape Americans. After Henry Hudson’s famous exploration of what is now the Hudson Bay and River, the land of today’s Jersey City and Bayonne was settled by the Dutch, who called the lands Bergen and Bergen Neck, respectively.

The Dutch were the early settlers of Bergen Neck, but they were driven out by the British in 1664—after which Bergen Neck became the site of numerous battles between the Americans and the British at Fort Delancey during the American Revolution. 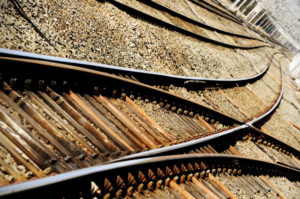 In 1836, the Morris Canal was completed, linking Bergen Neck with the rest of Northern New Jersey. In 1846, steamboats connected Bayonne with Manhattan and New York City. And in the 1860s, railroads brought even more connections for goods, services, and people.

In 1861, the villages of Bergen Point, Constable Hook, Centerville, Pamrapo, and Saltersville united to form the township of Bayonne, and in 1869, the township became a city, voting in its first mayor, Henry Meigs Jr.

Bayonne Welcomes in the Rich and Famous

Before its urbanization, Bayonne was a resort town for nearby NYC residents and America’s famous (including presidents and authors). The rich and famous of the country chose the city as a beach retreat for its numerous resort hotels and proximity to bigger cities. It was also a center for boatbuilding and yachting.

Its resort lifestyle was not to last, however, as the late 1800s and early 1900s saw a transformation to urbanization and industrialization that welcomed in the Standard Oil Company and thousands of immigrants. In 1877, Standard Oil became the city’s largest employer, and the city itself became one of the largest oil refinery centers in the world.

How Old Bayonne Shapes the New

Today, Bayonne is a large city that retains many of the elements of its small-town past. It’s home to primarily smaller businesses, as well as well-maintained and updated homes that range from one and two-family to small apartment buildings. Its also home to a hugely varied and diverse culture, with residents hailing from Europe, Latin America, the Middle East, Southeast Asia, and everywhere in between.

Bayonne Today is Filled with Greatness

Once the Peninsula of Industry, Bayonne has seen a major decline in manufacturing and oil refining, welcoming instead a rise in port operations and services that has lead to a new name—the Port of Business and Technology. It’s got new technology, new malls, a civilianized ocean terminal, and new public transportation, including the Hudson-Bergen Light Rail Transit System and the New York Ferry.

Its colorful past has indeed paved the way for a bright future.

Ready to Explore Bayonne in Depth?

The history of Bayonne is of course important… but this thriving city is so much more than its past! Come explore the area, discover its beautiful neighborhoods, search its charming homes… or just contact Century 21 Viewpoint Realty so we can help you find your home!